A Moment in the Life of The Littlest Chocolatier

The Secret Chocolatier started in 2008 at area farmers markets selling a couple large chocolate truffles. Finally opening our first retail store in 2011. A month later Logan Ciordia made his appearance. As a part of our 5th shop anniversary and Logan’s 5th birthday, we decided to play the two together.

Known early on as The Littlest Chocolatier, Logan has been surrounded by food all his life. Carried like a football with dad packing chocolate boxes or doing business to riding in a sling or carrier with mom he was immediately indoctrinated into a small family business and all that it entails. As he grew he would sit in a rocker on the table tops next to his Pawpaw (Chef Bill) and later when he could hold himself up he would mimic what Chef was doing underneath the table stirring pots of water as if batter.

As he has grown so as his imagination. Frequently Logan plays games of ‘restaurant’ where he contrives and builds meals for his audience which ranges from stuffed animals to all of us–that must participate and talk about what we’re sampling. Now he is more than adept at picking out real ingredients and telling us combinations we should try. A young mind adds layers of complexities in what seems like heartbeats and Logan’s mind is moving very quickly indeed.

“Children are great imitators. So give them something great to imitate.” 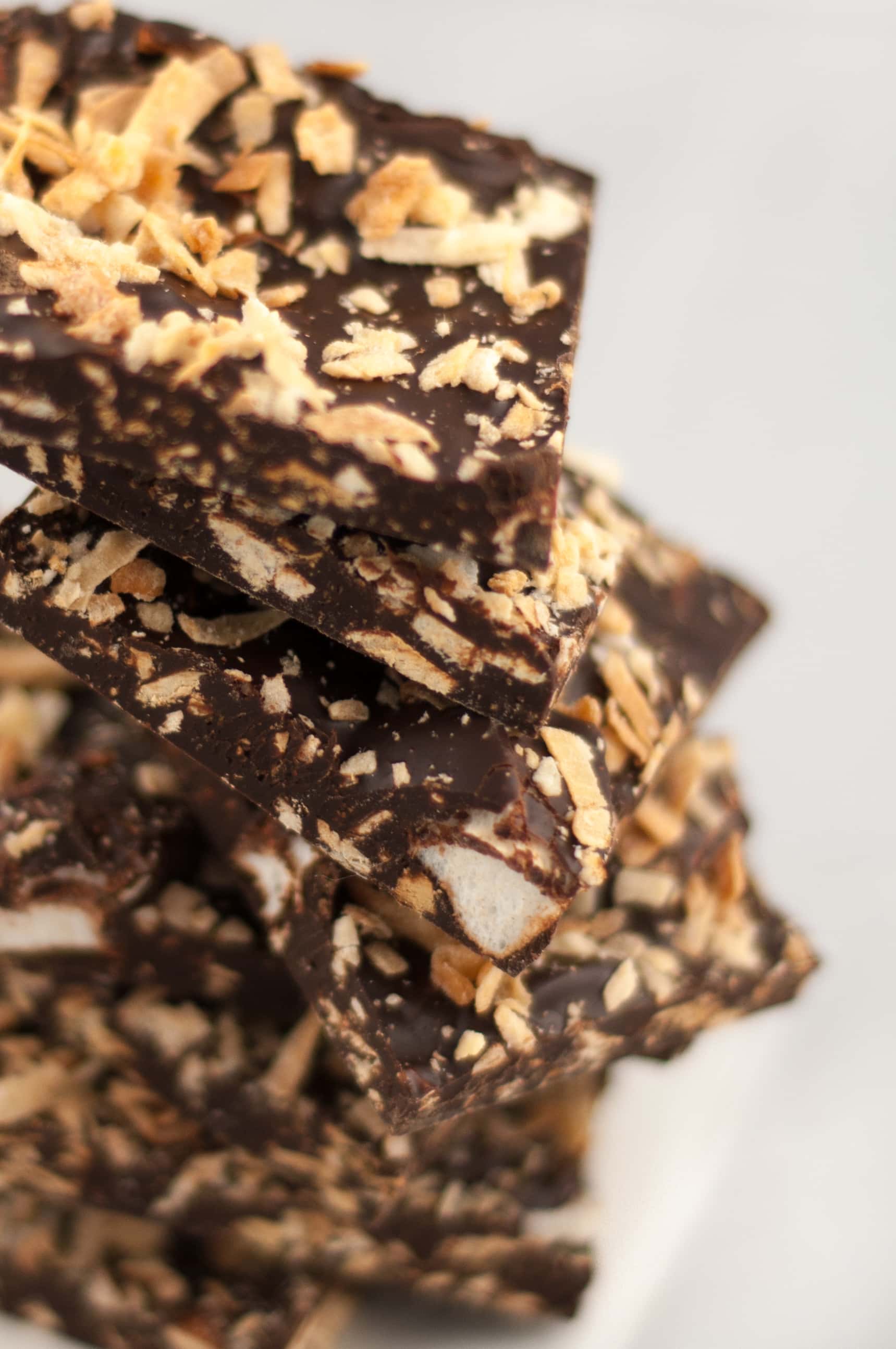 Chocolate bark isn’t complicated but it is fun to make. We lead a couple of classes on it monthly and as many can attest it’s a tasty experience.

Logan’s no stranger to playing with chocolate or the sampling of it (heheh.) Robin squared out many of our inclusions that we might regularly have on hand and Logan made a fair go of sampling them and pondering what would work best for his creation.

Once he had decided what he wanted he easily articulated the components and their order. I’m often caught off guard in moments like this. Knowing what he wanted was one thing, describing how the ingredients played well with each other showed a level of understanding that made me grin.

“I have found the best way to give advice to your children is to find out what they want and then advise them to do it.”

On every level from business to family, inside and out, we’ve grown and continue to do so. It has been a very special privilege to watch us all do so. Even more-so having my son be an early participant in this journey. Where will we go? Where will he go? Only time will tell!

Survival Tips for a Family Business